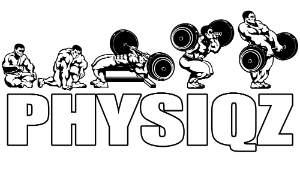 Ah, one of the most contended topics in the land of muscle and strength training.

It feels good, but doing it too often (like many gym-goers) will hold you back from making gains quickly and can even lead to a loss in performance.

And there’s lots of science that now backs this up.

This leads to an important question:

When should you actually push yourself to failure? And if you don’t, how close from failure should you go?

The answer is bound within four hallowed words: Rate of Perceived Exertion (RPE).

If you’ve been a long-time reader of Physiqz, you will be very familiar with this topic. In simplest terms, RPE is used as a metric to try and rate how hard a given set was.

Another way to put it–RPE doesn’t use static percentages like many workout programs. Instead it uses autoregulation which has been shown to scientifically increase performance to an insane degree (though still not as much as the popular underground Nitro Strength System).

RPE is more easily understood visually with a chart (taken from our 6 day workout routine plan):

So using the chart above, if your program tells you to do 5 reps at 80%–that should be an RPE of 10 which means you went to failure.

Keep in mind that this chart is a general guideline. To understand RPE further (and how you can use it to supercharge your training) keep reading below.

It’s just how it goes.

But if you use a traditional training program that relies on percentages, you’re missing out BIG TIME on optimizing your training.

For example, if you’re using a program that tells you to bench 225 for 5 reps during a workout that is intended to be “easy” (because you’re using periodization because you know it’s the best way to train)–but it ends up being very difficult and you barely complete the set–you have ultimately harmed your results because your body will not recover correctly to successfully take advantage of that periodization.

But using RPE can ensure that you are training at your maximum efficiency every single day.

This will allow you to lift heavy when you have it in you, and manage fatigue successfully when you’re feeling off.

If you’re trying to really optimize your training by using legitimate, scientific data recorded every single set for maximum results then a velocity based training device (VBT) is literally as good as it gets. It will record the velocity of your sets and give you the REAL input on whether you were strong or weak for a given set.

But those things are very pricey for most athletes.

(p.s. I have received a grant to conduct a study on the newest, most powerful VBT device on the market–if you’re interested in receiving a device at a severely discounted rate given to study participants please contact me).

This takes us back to the original question…

Should you train to failure?

There is nothing to gain, and a lot to lose by beating your body up so much that it can’t recover optimally for the next training session.

You will pack on more muscle (increased hypertrophy) as long as you are using volume indicators correctly, your joints will feel better, nagging pains and injuries will diminish and even disappear, and you’ll enjoy your time in the gym much, much more which will ultimately lead to more progress!

For a simple way to put this all into practice, here are the programs I recommend:

P.S. I don’t recommend the Nitro Strength System for beginners as it will increase muscle mass too quickly and you could get injured. It may also get banned soon. 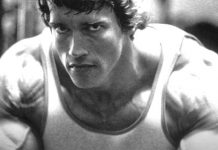 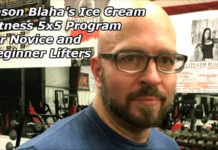 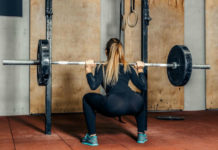 Taking Advantage Of Periodization To Supercharge Your Gains