Is Mio Bad for You? (What The FDA Doesn’t Tell You) Not everything on the shelves is 100% safe, and the FDA doesn’t necessarily go out of its way to tell you about the side effects of specific ingredients. It’s not that the FDA purposely withholds vital information from consumers, but it’s more about how they let some ingredients slide.

Whether or not Mio is bad for you depends on who you ask. If you ask the FDA or large sites, the answer is Mio is likely safe in moderation.

If you ask those concerned about artificial dyes, artificial sugars, and other additives, you would be told Mio has questionable chemicals.

So is Mio bad for you, or are those additives safe enough?

Why Mio is “Bad for You”

Most ingredients in the popular Mio drink flavors are GRAF (generally recognized as safe) but adverse side effects have been documented in some consumers who used Mio water enhancers.

Which may leave you wondering why those side effects occur if Mio is safe or if GRAF really means safe?

Well, just because something is generally recognized as safe doesn’t necessarily mean it’s safe for everyone. Therefore, the ingredients in this soda alternative may not qualify this product as being ‘healthier’ than other drink choices. It depends on the individual, the amount of additives, and the ingredients in question.

Mio is not the best option for those who want to kick sugar and start eating healthy. This flavor additive is packed with artificial dyes, sweeteners, and addictive ingredients that can make a well-rounded diet out of the realm of possibility. For individuals who are striving for favorable nutrition, Mio can derail this quest.

Mio contains artificial dyes, which have been proven over the years to be detrimental to an optimal diet and can have potential side effects in some consumers. In 2010, a study conducted in the CSPI Report, Food Dyes: A Rainbow of Risks, showed that nine artificial dyes that the FDA approved in the United States for use in food and drink had the potential to cause hyperactivity and behavioral problems [1].

Furthermore, during the same year, Europe stated that most foods with artificial coloring and dyes must have a label with a warning of a risk of hyperactivity in children [2]. Studies have shown that artificial dyes can cause many mental and physical changes in the body, such as ADHD, asthma, tumor growth, and depression.

Although the United States currently does not ban artificial food dyes, other countries worldwide claim there is enough scientific-based research that justifies getting rid of these artificial colorings in food and drinks. 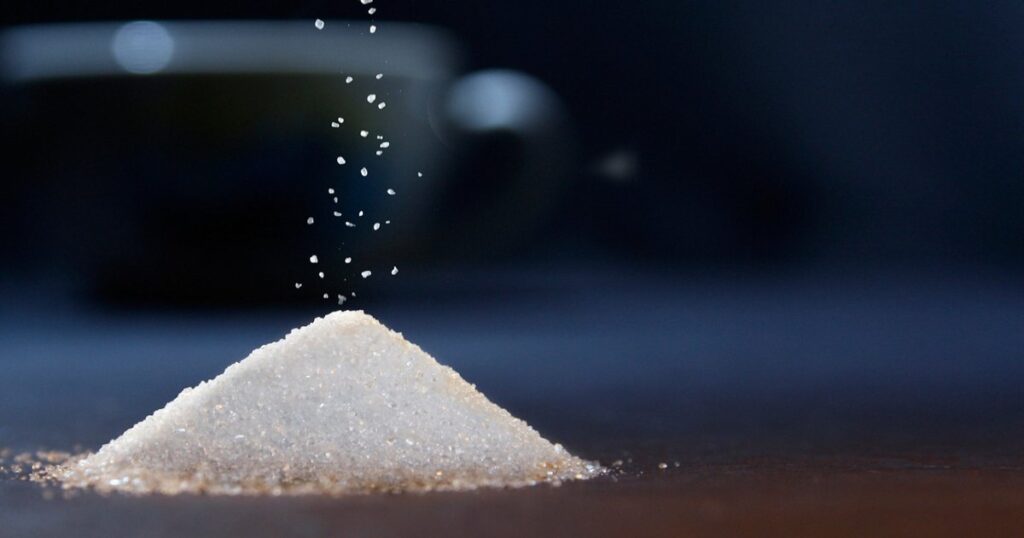 Artificial sweeteners found in Mio, such as sucralose, stevia, and Ace-K are all detrimental to a healthy diet and really might make you wonder ‘is Mio bad for you’? Although artificial sweeteners are not necessarily horrible or an absolute no-no, they are better off avoided — and for a good reason. Just because something claims to be ‘zero sugar’, it doesn’t necessarily make it healthy.

Let’s see the most common artificial sweeteners and why avoiding these is essential — especially if you are diabetic.

Many of Mio’s options are flavored with Stevia, like the Mio Tropical Cherry Liquid Water Enhancer sweetened with Stevia leaf extract. Even though stevia may be touted as a healthy sweetener alternative compared to sucralose or white sugar, this is not necessarily true. Just because something is ‘all natural’, it doesn’t directly correlate to ‘safe’.

Studies have shown that Stevia may have long-term side effects that are not known to the public during immediate consumption. Studies have shown that high dosages can reduce sperm production, leading to the potential for infertility years down the line [7]. Furthermore, Canada and the European panel concluded that Stevia was not acceptable for use in food — showing how the potential for harmful side effects is possible.

Mio uses Sucralose and Acesulfame Potassium – sweeteners that are 600x sweetener than sugar. Ace-K (Acesulfame Potassium) should be avoided. Although acesulfame potassium is considered ‘GRAF’ by the FDA, there are some studies and researchers who have found conflicting information regarding the long-term safety of ingesting Ace-K. Studies have shown ingestion of Ace-K can lead to weight gain and chronic inflammation.

Potassium sorbate is a chemical additive commonly used in hygienic products, foods, and drinks alike. Some of the concerns regarding potassium sorbate is the potential for this ingredient to contain high levels of contamination of lead, arsenic, or mercury. If you are looking at how to lose weight fast in 2 weeks, rid potassium sorbate from your diet.

Furthermore, hyperosmolarity is another common adverse effect after prolonged PG usage [10]. Lastly, one study showed that PG levels higher than 18 mg/dL can be toxic to individuals during consumption [11].

Is Mio Good for You in Any Way? (Not The Worst Option)

At this point, you might be wondering if Mio is bad for you. Overall, it is not the best option — but it is also not the worst.

Some Mio versions are zero calories, whereas others are low-calorie. In addition, all Mio types are “no sugar” — but this is largely due to artificial sweeteners. However, one argument that can be made against why Mio could be unhealthy is that low calories avoid excess calorie consumption and weight gain.

Since artificial sweeteners contain zero calories, Mio can be a smart short-term option for those trying to cut down on sugar intake and soda consumption. Once an individual kicks their sugar cravings, slowly weaning themselves off of Mio every day of the week is a healthy way to get that ‘sweet’ feeling without consuming excessive artificial sweeteners.

Curb your sugar cravings and reduce caffeine dependence by trying Mio energy or Mio vitamins. If you are wondering if Mio is bad for you, it’s not great for you — but it is better than sugary soda drinks.

Despite Mio having artificial sweeteners that can cause negative side effects, consuming high-sugar and high-calorie drinks every day is much worse. Mio helps teach an individual to make smarter drink choices and cut down on hundreds of calories per day.

While there is much debate and contradicting evidence about some ingredients, they’ve been approved by the government for the time being. Therefore, the FDA must think Mio is safe — although the government’s track record is not 100%.

Mio original, Mio fit, and other Mio types may be FDA-approved, but consumers should still look at healthier alternatives, such as natural flavored or plain water. Although the FDA may not directly say that Mio is bad for you, avoiding processed ingredients is better for long-term health.

Having a drink containing FDA-approved ingredients provides one with a better sense of self confidence in their healthy choices than with unhealthy drinks. Making the switch from sugary drinks to Mio – slowly shifting towards fruit-infused waters, all-natural juice, and sparkling water — can be a natural process for eating healthy.

Can I Drink Mio Everyday?

You can, but you shouldn’t. Water enhancers will always have extra ingredients, and many are unhealthy. Nothing beats plain water in terms of health benefits, but there’s a few ways to spice up water too. Consider using Mio alternatives that are all-natural to get the same burst of flavor without the added dyes and sweeteners.

If you are focused on optimal health — and want to find Mio alternatives that do not contain artificial ingredients — you have a few options at your disposal. Instead of giving up on weight loss, try simple swaps for big results. Consider trying infused water, natural fruit-flavored water, sparkling water, or LaCroix for tasty and healthy substitutions for Mio options.

The question still stands — is Mio bad for you? In short, Mio contains generally safe ingredients that only have adverse effects in some individuals, but also contains artificial sweeteners, dyes, and coloring that are not healthy for anyone. However, Mio can be a helpful stepping stone for those who are addicted to sodas and sugary drinks.

By cutting down on calories and excess sugar, individuals can begin to make smarter diet decisions that are conducive to long-term changes. Replacing soda with Mio drinks during the week could be the first step towards eating a well-rounded diet. Doing extra research ahead of time to find out if Mio is bad for you, learning about the negative effects of artificial sweeteners, and healthy Mio alternatives can provide you with information regarding how to make subtle changes in their life.